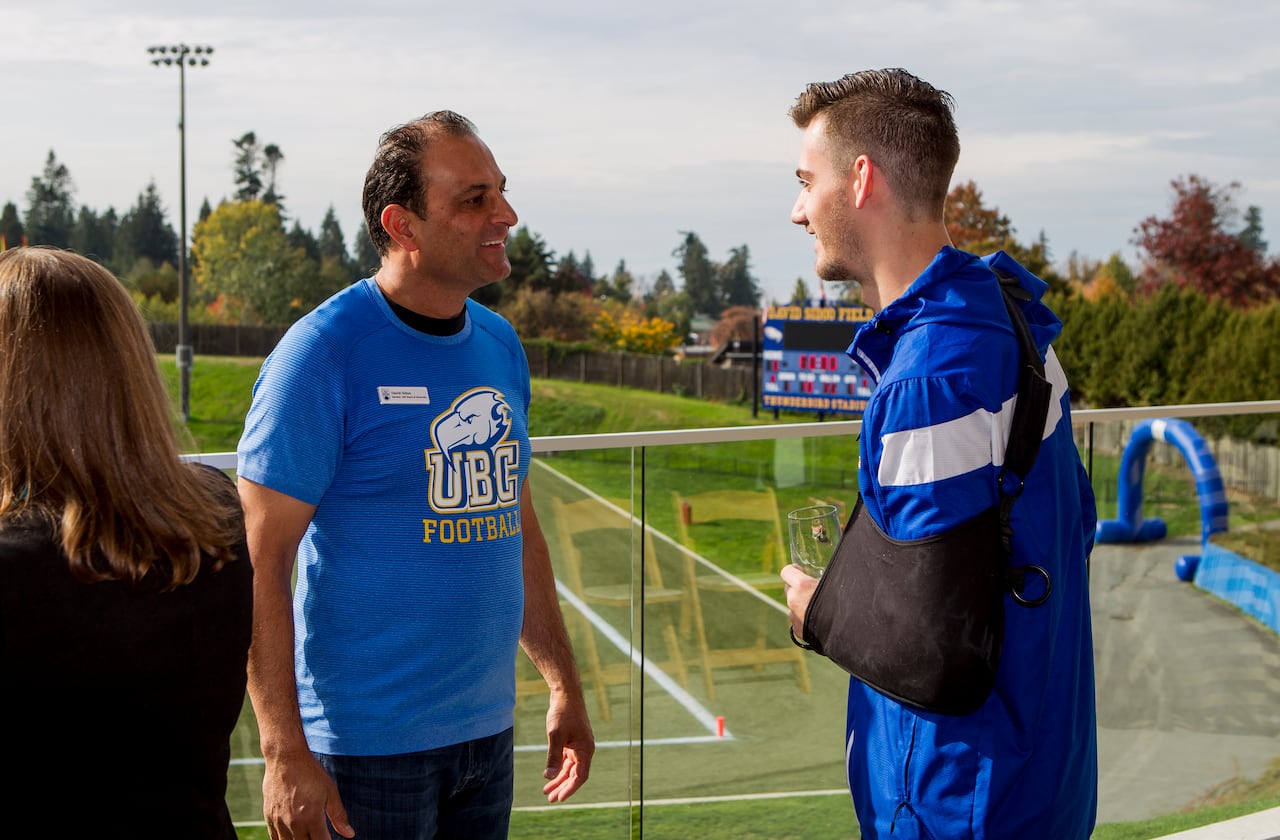 David Sidoo is a prominent Vancouver-based businessman who is passionately involved in philanthropy, his family and the arts.

David Sidoo was raised in a family of simple origins in New Westminster, BC and attended New Westminster Secondary School. During those formative years, David was introduced to football, which gave him a sense of validation and focus. David earned a scholarship to play football at UBC in 1978, where he became a highly decorated Thunderbird. In the summers David worked two jobs to help support his family.

His memorable five-year football career with the Thunderbirds began in 1978, when the UBC team played in its first ever Vanier Cup. Over the years David set several records and earned many awards that made him a shining star in the league. The crowning glory came in 1982 when David captain UBC to win its first Vanier Cup title. Though he may no longer play football, David remains actively involved with the development of the sport for youth and young adults, including the Thunderbirds team.

Following university, David went on to be the first Indo Canadian to play in the Canadian Football League—five years with the Saskatchewan Roughriders and one year with the BC Lions. When he retired from football in 1988, David went on to a very successful career in business in which he has built several companies. He was one of the founding shareholders of American Oil & Gas Inc. (NYSE -AEZ) which was sold to Hess Corporation in Dec 2010 for over US$600 million. In 2020 as Founder, CEO, and President David sold Advantage Lithium to lithium producer Orocobre in an all stock-transaction now worth over $150 Million. In 2008, The Vancouver Sun voted Mr. Sidoo one of the top 100 South Asians making a difference in British Columbia.

Despite his successes, David remains closely rooted in his community and has never forgotten the impact of the support he received from others early in life. “To whom much is given, much is expected,” David is often heard to say.